My buddy Murph is a good fella to have a few drinks with, because he got an awful temper, he’s terrible at tellin’ stories and he’ll argue with pretty much anybody about anything. 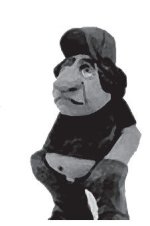 we were Saturday night, Murph might pipe up with somethin’ completely wrong and then start losin’ his mind when somebody tells him he might be wrong about it.

Just like we do all the time, we were talkin’ about the old days. Started off, Murph was in great spirits, laughin’ and jokin’ around, and he started tellin’ us stories about the old red Corvette he bought from a guy in Sydney the summer he was workin’ on a grant for the town.

Yeah, he said. Lot of great memories in that car. I remember the time I beat Wooly Jim in a drag race out on the old airport road, and there was the time we outran the cops chasin’ us through the Pier, and the time we stopped to seen a Bigfoot, and the time buddy sideswiped me on the highway and I got out and pucked his face in.

Cyril’s face sorta scrunched up and Timmy and Tommy looked at each other.

Whuh? Murph says. About the time buddy sideswiped me? I was goin’ along pretty good right by the drive-in there, he pulls out –

No, Cyril says. Not that part, the part about Bigfoot.

Oh, Murph says. Yeah, me and Skinny Mick were out one night just cruisin’ around, eh. We’d turn off at the Gardiner there and I’d step on it and see how fast she’d go, eh. There’s one stretch there, if ya kick it up just as ya come outta the turn, ya could get ‘er up to 95 or a hundred – and this was miles then, not kilometers – and you’d have just enough time to make the next turn without spinnin’ ‘er into the ditch, but ya had to time it right. Anyways, one night we came along there and I slowed down when I seen a bunch of cop cars and lights and everything. So we got close enough and on the side of the road, kind of half in the ditch, a bunch of cops were standin’ around a Bigfoot that musta got hit by a car. The car was all smashed up a few feet up the road from it. Yup, helluva sight! Anyways, he said, takin’ a swig of beer and lookin’ around for the darts, who wants another game of 501?

Wait a minute now, Cyril says while Timmy and Tommy started laughin’. Ya can’t just end it there – “Oh, by the way there was a dead Bigfoot.” Yer tellin’ me there was a Bigfoot dead on the side of the road and there was a bunch of cops around it?

Now see, I remembered this story from years ago, and I knew Murph got one pretty important detail wrong. I also know that when Cyril said, “Yer tellin’ me” all he meant was how unbelievable it was he was hearin’ this. But I know that when Murph heard that he’d take it the wrong way.

No! Cyril said, smirkin’ a bit while Timmy and Tommy went right on laughin’ out loud. All I’m sayin’ is, it’s a helluva story – ya just casually mention ya seen this mythical creature dead on the side of the road in the Gardiner 25 years ago. How come it wasn’t on the news or nothin’?

Now at this point, if Murph was one of them old kettles, this is where he’d start whistlin’ and the steam would come out of his ears.

Helluva story! Murph blows up, spit flyin’ from his mouth and everything. I got a story for ya – once upon a time there was my fist itchin’ to meet your face! I’m tellin’ ya, me and Skinny Mick seen the damn thing with our own eyes!

This is when Murph hauled out his cell phone to call Skinny Mick.

Only cuz yer my buddy, Cyril. That’s the only reason I’m doin’ this. Anybody else, I’d have them laid out for callin’ me a liar. But I’m gonna – Hello? Mick? It’s me. Yeah, listen, remember that time years ago we were drivin’ out the Gardiner in my old red Corvette and we came up on all the cops standin’ around the dead Bigfoot on the side of the road? (We heard Mick mumble somethin’.) Right on, that’s what I meant. OK, talk to ya later, buddy.

OK, he said, puttin’ his phone back in his pocket. Let’s play some darts.

Some darts! Cyril says. What did Mick say? I thought ya were gonna get him to tell us himself?

Well he told me, and that’s good enough, ain’t it? Open start, boys, or double to get on?

See, Murph loves to argue and fight, so the best way to really get under his skin is not to say anything to him at all. So Cyril just sat there with a big grin on his face, noddin’ his head like he already knew he was right, and of course, me and Timmy and Tommy were all laughin’ by this point.

Oh for cripessake, Murph said. Mick said the same thing I said. There was a bighorn on the side of the road. Big 12-point buck, ran right out in front of a car, just like I said.

Oh yeah… Cyril said. See, from where I’m sittin’, when you said “bighorn” I thought ya said Bigfoot.

Yeah? Murphy says, explodin’ again. How would you like a big foot in your arse?